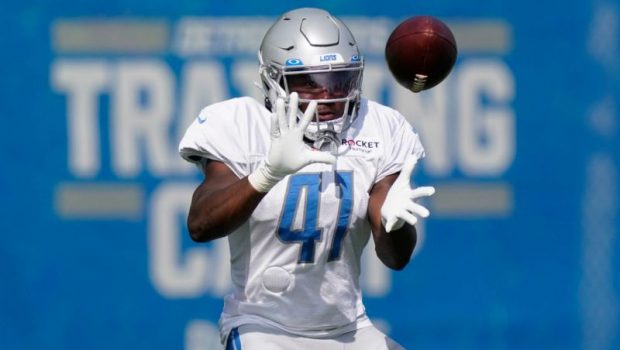 The Detroit Lions wanted to bring Jason Huntley back on practice squad after they cut him Saturday.

The Eagles cut them off at the pass, claiming Huntley on waivers for their 53-man roster.

He shined in pass-catching drills during Lions training camp and showed elusiveness in the open field, but the Lions kept more polished second-year running back Ty Johnson in a backup role instead.

D’Andre Swift, Kerryon Johnson and the newly signed Adrian Peterson are expected to front the Lions’ backfield rotation this season. Bo Scarbrough also made the initial 53-man roster as a backup.

A fifth-round pick out of New Mexico State, Huntley is the highest Lions draft pick to not stick with the team out of training camp during Bob Quinn’s five-season tenure as general manager.