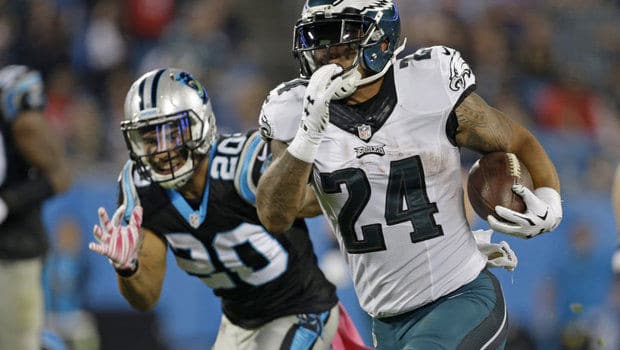 HERE’S HOW EAGLES COULD DRAFT ELLIOTT, TRADE MATHEWS TO DOLPHINS!

The experts at NFL.com have come up with a perfect storm scenario that could solve the Eagles’ running back issues.

When the Eagles and Dolphins were discussing their earlier offseason swap, it would make sense if Miami’s Mike Tannenbaum had inquired about Ryan Mathews (above).

The running back would fit nicely next to Jay Ajayi in South Beach. At the time, Eagles executive Howie Boy Roseman was more interested in unloading DeMarco Murray. After saddling the Titans with that contract, Howie let it be known he planned to hang onto Mathews.

However, he was just slow playing his hand. All along he coveted Ezekiel Elliott, the flashy running back out of Ohio State. After Chip Kelly traded away LeSean McCoy, Elliot will refill the missing backfield pizzazz.

When Elliot falls to the Eagles at No. 8, Roseman will be free to put Mathews back on the trade block. After the first round ends on Thursday, April 28,

Roseman will immediately call Tannenbaum and the two will hash out a late-night deal to send Mathews to Miami for a conditional third- or fourth-round pick. 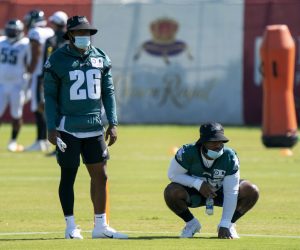 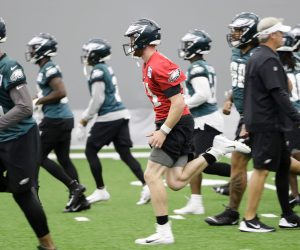