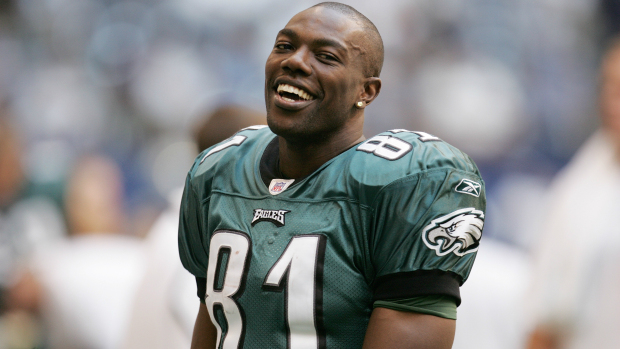 HERE’S WHY FORMER EAGLE TERRELL OWENS WILL MAKE HOF IN 2016!

T. O. had one magical season with the Eagles in 2004, including a spectacular Super Bowl performance, before melting down in 2005.

But when you saw Owens play in his prime, there was no doubt you were watching a Hall of Famer. The fact that he ranks second all time in career receiving yards (15,934), third in touchdown catches (153) and sixth in receptions (1,078) only furthers the point. Thus, Owens will present a strong case come 2016 — unless some voters considered him an off-the-field problem, a distraction to his team.

Hall of Fame wide receiver James Lofton: “When you look at T.O’s record, I don’t remember him ever getting in any real trouble off the field. The biggest trouble he was was for the defense … I thought he was a dominant player.”