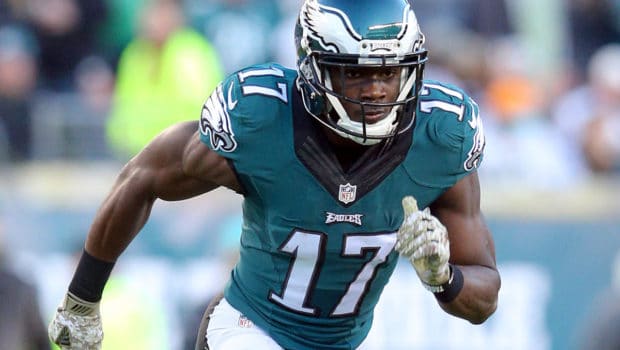 You want to know just how bad Eagles wide receiver Nelson Agholor was last Sunday against the Falcons?

He was on the field for 71 snaps against the Falcons and was only targeted four times.

That would be bad enough, except from those four targets he could manage just two catches for seven yards, and one of them required a pointless challenge to secure as he bobbled a pass going to ground at the sideline.

That turned 2nd-and-20 into 2nd-and-16, but cost the Eagles a challenge where a clean catch would have spared it.

Agholor also dropped another of the targets and was effectively a drag on the entire Eagles’ offense in the Birds’ 24-15 win.