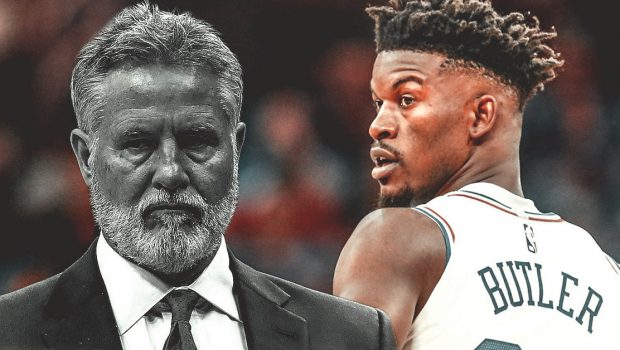 “I knew I wasn’t going back—before I say this sentence, do you think I’m that hard to work with?” Butler asked ex-Sixer JJ Redick. “Somebody told me, a main reason I didn’t go back was because somebody asked, ‘Can you control him?’

“The fact that you tryin’ to control a grown man? Nah I’m cool. Because I don’t do nothing that’s just drastically f— stupidly crazy. If that’s what y’all worried about, good luck to y’all.”

Butler admitted his relationship with head coach Brett Brown wasn’t great, just a professional one, and Butler didn’t understand why he had Ben Simmons run the offense the entire season and then switched it up in the semi-finals series against the Raptors.

Jimmy Butler talking about his time with the 76ers: