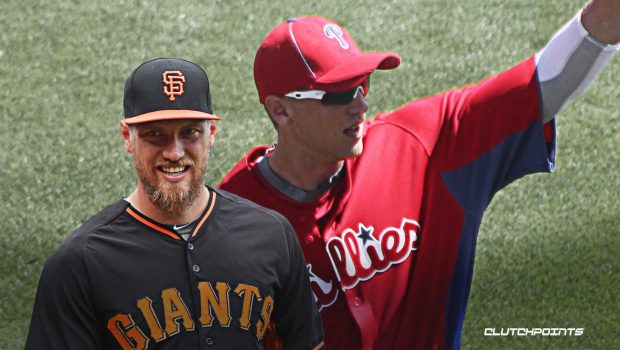 Ex-Phillies outfielder Hunter Pence announced he is retiring in a video posted on social media.

Pence, the popular outfielder who spent most of his career with the San Francisco Giants, narrated his decision over clips of his career.

Nothing can really prepare you for this part of your career when you have to say: I am retiring from baseball.

The right fielder was on the last Phils team to make the postseason in 2011 after coming over in a trade with the Texans.

He’s the Giants’ 2020 nominee for the Roberto Clemente Award after he and his wife, Lexi, started a coffee line, Pineapple Labs, to raise money for charity.

Pence made his MLB debut in 2007 with the Houston Astros, finishing third in the NL Rookie of the Year voting. He spent four seasons there, earning his first All-Star nod in ’09.

While with the Giants he earned MVP votes three different times. Over his career he played 1,707 regular season games and 43 postseason ones. He had 1,791 hits, 244 home runs, and 942 RBI.