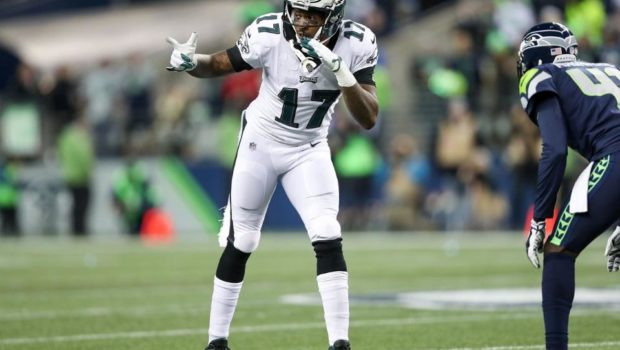 HERE’S WHY EAGLES ARE WORTH A BET AGAINST RAMS, GIVING 2!

The Eagles lost last week to a good Seattle Seahawks team, and another loss tomorrow to the Los Angeles Rams would put them in danger of not getting a first-round bye.

It‘s possible for the Eagles to go from 10-1 to the third seed in the NFC in the span of eight days (an Eagles loss and a Vikings win would leave the Rams and Eagles in a two-way tie for the second seed at 10-3, and the Rams would have the tiebreaker).

That says something about the competitive nature of the NFC this season.

It’s a big game for the Rams too, and not just because of the obvious playoff seeding implications. This is the biggest game for the team since they came back to Los Angeles.

It wasn’t always a warm welcome in their homecoming last year. But L.A. loves winners, the Rams are winning, and could put themselves in a great position to get a bye with another win Sunday.

It won’t be easy. If there’s a criticism of the Eagles, it’s their schedule. Football Outsiders ranks it as the second-easiest in the NFL so far this season. But the Eagles have played very well against that schedule. It’s not a team with a clear weakness.

It’s a big game for both teams, and both teams have proven by now that they’re very good. But take the Eagles as a 2-point underdog.

Lose it, and their path in the playoffs might be a lot harder than anyone anticipated a week ago. Either way, it should be one of the best games of the season (and a fun matchup between the top two picks of last year’s draft, Jared Goff and Carson Wentz).