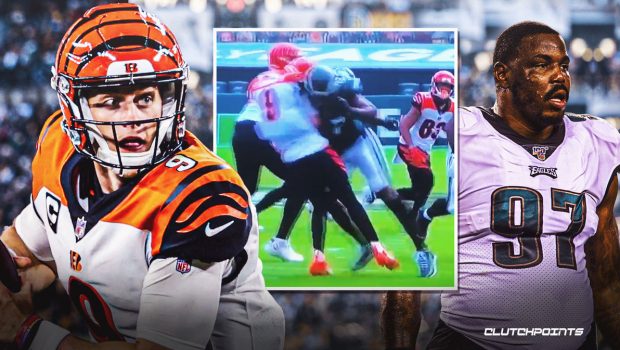 Bengals quarterback Joe Burrow had an injury scare after taking a big shot from Eagles Malik Jackson while throwing on the run and leaving the game.

Burrow, throwing off one foot, got blasted high by Jaclkson and officials immediately flagged the play.

Ryan Finley entered the game for Burrow (and promptly got blasted while trying to throw a block), but the backup stayed in for just a single play before the No. 1 overall pick returned (and promptly took a sack on third down to end the drive).

Can we give Joe Burrow an offensive lineman? pic.twitter.com/XBNYxiNMY3