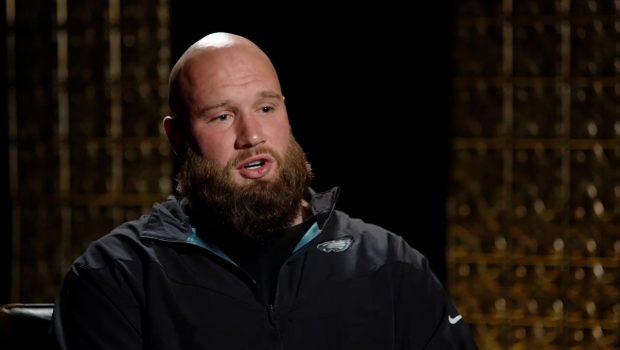 Eagles offensive tackle Lane Johnson opened up about his ongoing battle with anxiety yesterday and explained to FOX Sports’ Jay Glazer the circumstances that led to him stepping away from football earlier this season.

Johnson said he was experiencing severe withdrawal symptoms after he stopped taking an SSRI medication, a type of antidepressant that works by increasing levels of serotonin within the brain. He likened the symptoms to having the flu — “a lot of nausea, a lot of vomiting” — except the illness does not go away.

He said he had been dealing with the situation for close to two months, but it worsened during the week leading up to the game against the Kansas City Chiefs on Oct. 3.

Johnson returned to the Eagles on Oct. 24 in Las Vegas and played in yesterday’s 44-6 romp in Detroit.

“Football wasn’t even a question at the time. It was something that I felt even before the season,” he said.

“I told a few close friends but really kept it bottled up because I felt ashamed of it, I felt like it was a crutch. But coming back, the support I’ve had from the team, from my friends, from my family, I couldn’t ask for nothing better. And getting out here and playing football again, you’re reminded of how lucky you are to be in the position that you are in. So, taking it day by day.”

“The real message is, just don’t bottle it up. It’s easy to do that,” Johnson said.

\”The bad news is that I think a lot more people have it than what meets the eye. I think it’s easy to put on a poker face. … I remember hearing a stat at the combine that 40-50% of people in the NFL have some sort of condition. [The game] can do a lot of things for you but a lot of times it can be detrimental.”

.@JayGlazer and @Eagles OT @LaneJohnson65 sat down to have an open conversation about mental health and the every day struggles that impact people that suffer from anxiety and depression. pic.twitter.com/CeKGYVCfGW