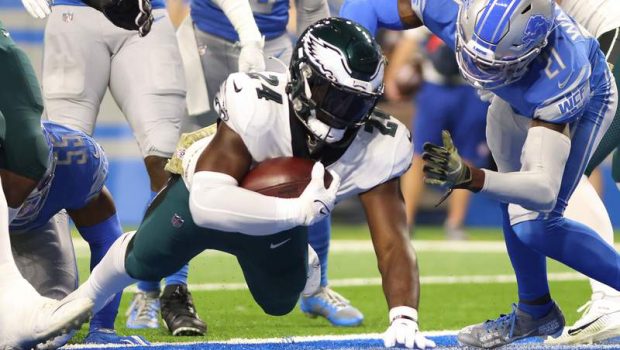 His first touchdown of the game gave the Eagles a 17-0 lead late in the second quarter.

Jordan Howard powers through to put the @Eagles up 17-0. #FlyEaglesFly

Howard was called up from the practice squad this week after starting running back Miles Sanders went on injured reserve.