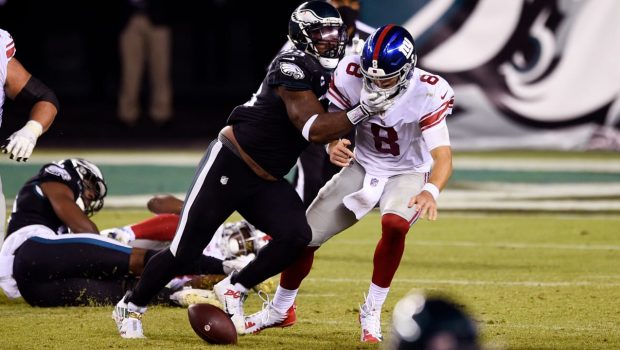 The Eagles’ defense generated three turnovers, including a Brandon Graham strip sack of Giants quarterback Daniel Jones late in the game to seal the win.

That sack reminded Eagles fans of Graham’s strip sack of Tom Brady at the end of the Eagles win over the Pats in Super Bowl 52!

As described by Ricky Riccardo: