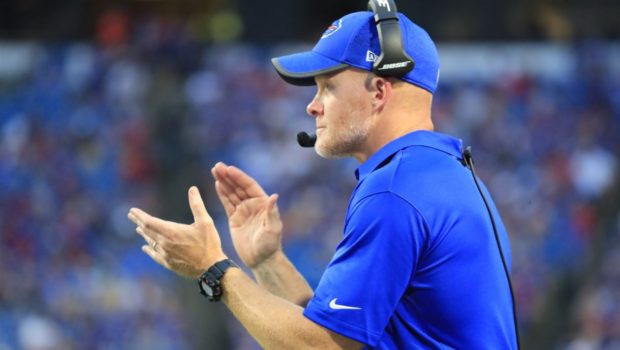 Home is where the heart is.

And for new Buffalo Bills coach Sean McDermott, tonight’s Eagles game at the Linc will bring back a lot of memories.

He was a standout wrestler and football player at LaSalle College High School, and he got his first NFL job in the Eagles’ player-personnel department, where he rose up the ranks to defensive coordinator, where he spent 12 years building the foundation of a career that has put him in charge of his own football team.

“Maybe after the game I’ll have a chance to catch up with some family and friends and that will be nice, too,” McDermott said.

“You guys are getting to know me well enough now that I’m more focused on our team,” McDermott said to reporters Tuesday, the Bills’ final day of camp. “I want us to go out and perform the way I expect us to perform.”

What is on the coach’s to-do list for the second preseason game?

“Improve,” McDermott said. “I’m looking for us to improve in every area of our game – sideline communication, fundamentals, throwing and catching the football, discipline with the penalties that showed up last week.

“I’m looking for us to improve.”

Tonight will mark the Bills’ first game since trading top receiver Sammy Watkins to the Los Angeles Rams and top cornerback Ronald Darby to the Eagles. Darby is expected to make his Eagles preseason debut against his former team.

Running back LeSean McCoy, the most talented player on the team, should see a series or two after being in uniform but not on the field last Thursday night. But Taylor is going to get his first taste of life without any pass-catchers who can truly stretch the field.

Newly acquired Anquan Boldin will make his preseason debut for the Bills working mainly inside, and rookie Zay Jones will be the primary outside target.

Much of the attention of Bills fans will be focused on rookie quarterback Nathan Peterman, who has been promoted ahead of T.J. Yates into the No. 2 spot. Peterman had a nice showing as a third-stringer in the Minnesota game, while Yates struggled. Peterman has a chance to solidify his role and possibly nudge Yates, a veteran who doesn’t have much arm strength or accuracy, closer to being an ex-Bill.

McDermott insists that competition exists at all spots, meaning that Peterman could conceivably make a case to unseat Taylor at some point before or during the season.

Defensively, the Bills want to build upon a solid effort by their starters. With end Shaq Lawson returning from a groin injury, the pass rush should even be stronger than it was against Minnesota, when Eddie Yarbrough — starting in Lawson’s place — continued the dominance he has shown in practice.

Kevon Seymour can help solidify his chances of winning the starting cornerback spot opposite rookie Tre’Davious White, while Reggie Ragland gets another chance to make his fading case to stick as a reserve middle linebacker.

After the game, McDermott will do some visiting with family and friends outside the charter buses that will transport the Bills to two planes that will take them back to Western New York.

“I believe my parents and my brother and sister-in-law and their family will be there,” the coach said.

The pleasantries will have to wait. Just how pleasant they’ll be will depend on how well the most important part of the trip goes for McDermott and his team.