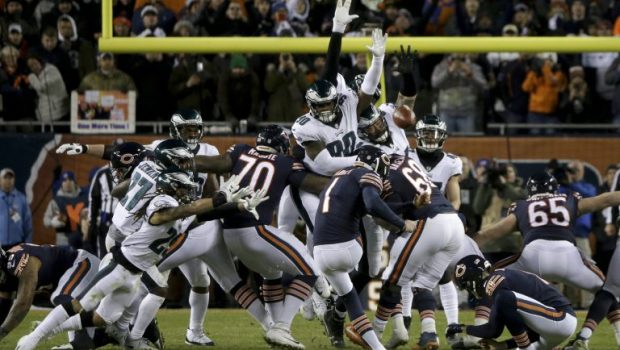 Nick Foles hit Golden Tate with a 2-yard touchdown pass on fourth down with 56 seconds remaining against the NFL’s stingiest defense, lifting the Eagles past the Chicago Bears 16-15 on Sunday in the final wild-card game.

Former Eagles kicker Cody Parkey hit the left upright and then the crossbar with a field-goal attempt from 43 yards with 10 seconds remaining, silencing the raucous crowd.

The key, of course, was how the Eagles, even when they are messing up, never give up. On Parkey’s kick, several Eagles said defensive tackle Treyvon Hester touched it.