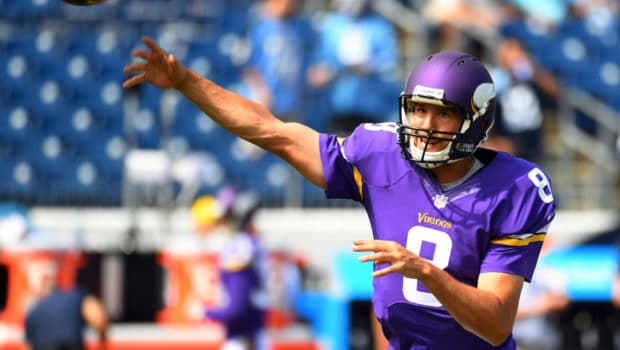 HERE’S WHY EAGLES’ BRADFORD TRADE HAS BEEN GOOD FOR VIKES!

He wasn’t impressive on Thursday, but it’s fair to say Bradford has played the best football of his career or come very close this season. Take a look at the chart:

Bradford has become a further-realized version of himself. He has looked into the mirror, liked what he saw, and doubled down on Sam Bradfordness. He’s throwing shorter passes than ever before — likely called with a leaky O-line in mind — averaging a league-low 5.9 air yards per attempt, but completing those throws at an extremely high rate and avoiding interceptions almost entirely. Bradford has been a caricature of a game manager: