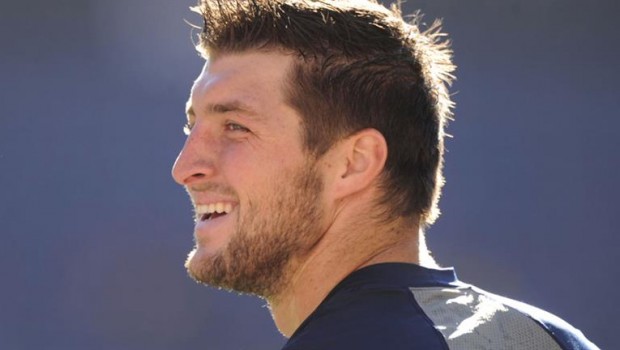 CHECK OUT WHY EAGLE QB TIM TEBOW IS LOVED BY MILLIONS!

It paid to be Tim Tebow last night … because some HUUUGE Florida Gator fans paid for his dinner at one of the most expensive restaurants in Beverly Hills.

Tebow hit up Mr. Chow with 5 friends — when he was spotted by a woman from North Palm Beach, Florida and her daughter … who happened to be having dinner at the same place.

The women approached Tebow — and showed him their Florida Gators phone case to prove they were real fans — and they hit it off.

We’re told Tim even made a phone call to the woman’s other daughter to give her a pep talk for an upcoming back surgery.

In the end, the woman threw down her card and told Mr. Chow she was picking up the ENTIRE check — whatever Tim and his crew wanted — saying no matter the price, it was well worth it.

“It’s a once in a lifetime opportunity.”