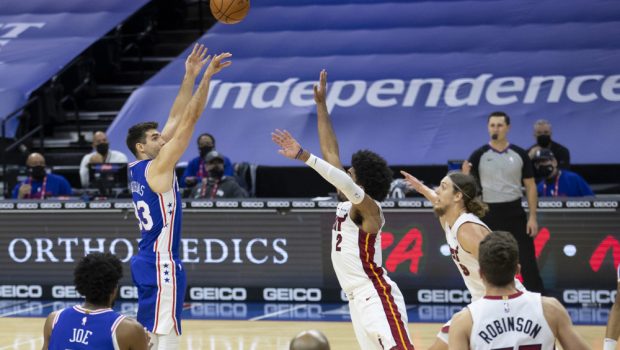 The Sixers were leading the Heat by three points in the final minute of overtime, Dakota Mathias committed a foul against Tyler Herro, who connected on his 3-point attempt.

It was a 4-point play, and the Heat took a late lead and the Sixers were on the verge of a fourth consecutive loss.

After the teams traded baskets on each of their ensuing possessions, the Sixers trailed by a point. That’s when Mathias nailed what ended up being the decisive shot.