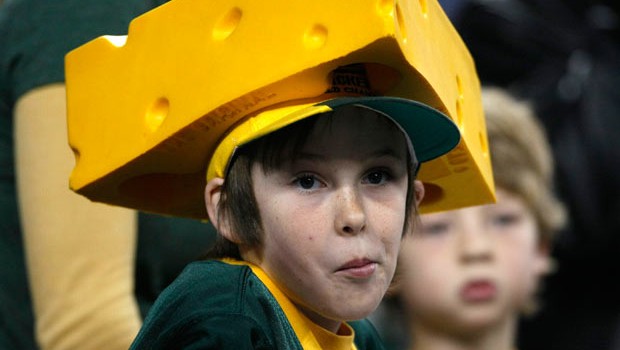 HERE'S WHAT THE CHEESEHEAD MEDIA THINK OF THE EAGLES

If you are wondering what the media in Wisconsin think about the Eagles, we offer up Rick Reischel’s view from the Milwaukee Sentinel:

1. San-chise?: The Eagles lost starting quarterback Nick Foles to a broken collarbone in Week 9. So sixth-year man Mark Sanchez — the fifth-overall pick in the 2009 draft — has taken center stage. The bright lights aren’t new to Sanchez, who made 62 starts for the New York Jets between 2009-’12. Sanchez threw more interceptions (69) than touchdowns (68) in that time, though, and was eventually sent packing. Sanchez now has a chance to resurrect his career under Chip Kelly and help the Eagles keep their big season rolling.

2. Offensive mastermind: Philadelphia second-year coach Chip Kelly is one of the brightest minds in the game. Kelly likes to play basketball on grass, aiming for a remarkably fast tempo and a no-huddle attack that puts enormous pressure on defenses. So far, it’s worked like a charm as Kelly took over a 4-12 team from 2012, led them to the playoffs in 2013 and seems headed there again. Kelly is also one of just three NFL coaches that gets to pick the final 53-man roster. Right now, Kelly seems a step ahead of his competition. Can that continue?

3. Double trouble: Philadelphia’s running back duo of LeSean McCoy and Darren Sproles is arguably the best combo in football. McCoy led the NFL with 2,146 all-purpose yards last year, although that number is down substantially this season. McCoy has outstanding speed, vision and elusiveness, which has made him one of the NFL’s best backs. Sproles is an extremely dangerous all-around back, who has more receptions since 2010 than rushes.

4. Back — and better than ever: Eagles No. 1 wide receiver Jeremy Maclin missed the entire 2013 season with a torn ACL. Despite Maclin’s future being uncertain, Philadelphia made the bold move last off-season of dumping troubled star wideout DeSean Jackson. Maclin has made that move pay off, and is on pace to destroy his old career-highs for receptions, yards and touchdowns. No one works harder than Maclin. Now, both he and the Eagles are being rewarded.

5. Making strides: The Eagles moved to a 3-4 defense in 2013 under coordinator Bill Davis, and the move took time — especially for the linebackers. Entering Week 10, the Eagles were in the top half of the league in points allowed, passing defense and rushing defense. The Eagles don’t have stars on this side of the ball, but a group of solid, improving players. On a team where offense steals the headlines, the defense is worthy of more attention.