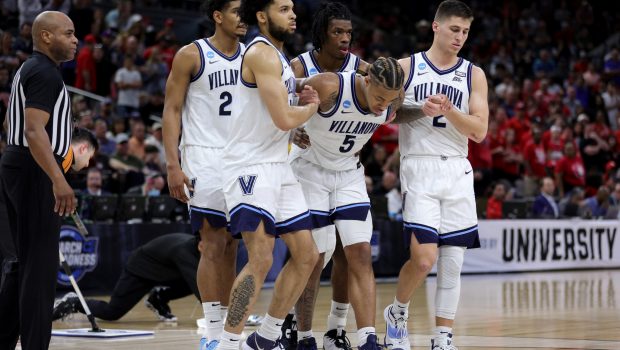 Villanova guard Justin Moore suffered a right lower-leg injury in the final minute of the win over Houston, and coach Jay Wright said X-rays revealed no broken bones but added that Moore will undergo further tests when the Wildcats return home.

“We’re going to get an MRI when we get back. But it’s probably not good.”

Moore slipped while driving to the lane with 35 seconds left and had to be helped off the court. He did not take part in the postgame celebrations, with his teammates coming to see him at the end of the bench after the final buzzer sounded.

Justin Moore injury. Watch at your own discretion pic.twitter.com/nmw44FDWha