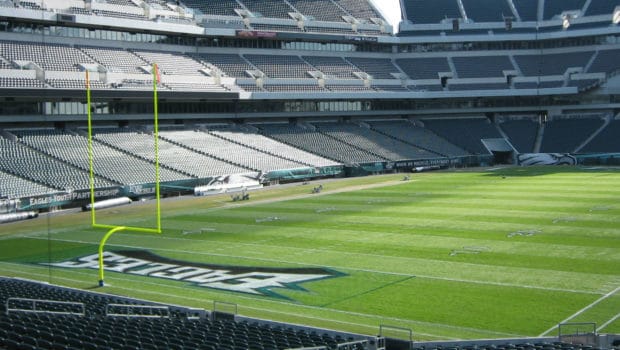 HERE ARE S. PHILLY STREETS CLOSED TO FANS FOR EAGLES-RAMS!

The city of Philly really wants you to stay away from the stadium complex this Sunday for the Eagles-Rams game.

No fans are allowed inside Lincoln Financial Field due to the coronavirus, and officials say fans cannot watch the game outside of the stadium, either.

In an effort to to enforce the city’s prohibition on tailgating, the area of 7th to Broad streets and Packer Avenue to I-95 will be blocked to traffic beginning at 6 a.m. The closures below will run through 5 p.m. 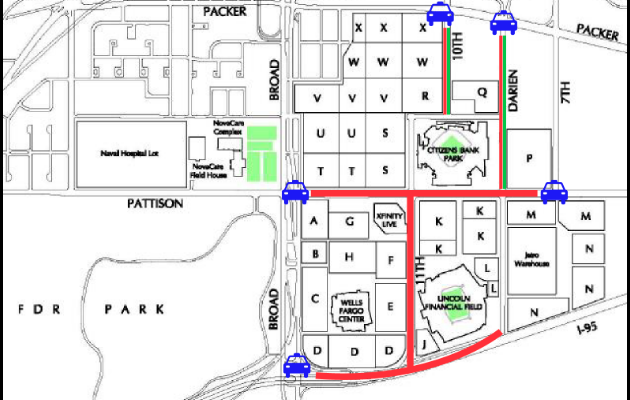 The street closures will be in effect for each Eagles home game until further notice.

“For the safety of our residents and due to COVID-19 restrictions on large gatherings, tailgating will not be permitted until further notice,” said Mayor Jim Kenney. “There are still many ways to enjoy the game safely, and we encourage fans to watch at home with family.”

Motorists are advised to avoid the area by using alternate routes.

Officials said employees and staff who need to access the sports complex or people patronizing Xfinity Live! should be prepared to present their tickets/ID to police to gain access during the street closures.

Tailgating is also not permitted at FDR Park.

SEPTA will be running a normal Sunday schedule, officials said.