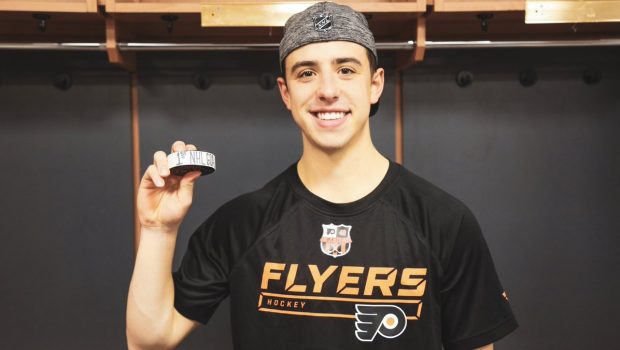 Martin Frost made a strong impression in his 20-game stint with the Flyers this season, yet his roster spot for next season is not yet secured. He is undoubtedly the most highly-touted player on this list, but the team’s depth at center and the desire to have Frost play the position is the biggest obstacle to date.

Sean Couturier and Kevin Hayes have a firm grasp on the number one and two center spots respectively and, upon his healthy return, Nolan Patrick will take the third-line center role, leaving just the fourth line as an option. Sure, the team could put Frost there and call it a day, but with a 20-year-old first-round pick with the potential to be a playmaking top-line center, this course of action may hurt his development more than help it.