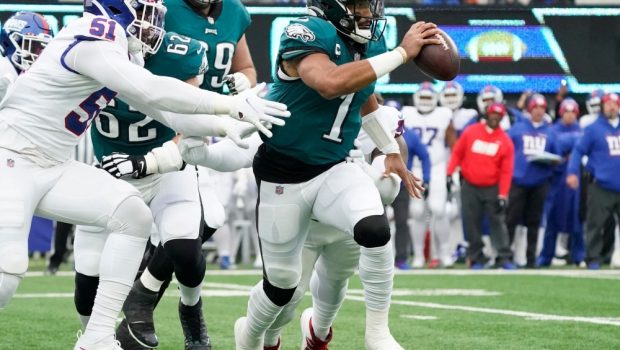 HERE ARE EAGLES HURTS 3 PICKS — IF YOU CAN BEAR TO LOOK!

The Eagles could have gone into halftime with at least a tie game.

Jalen Hurts had other ideas 🥴