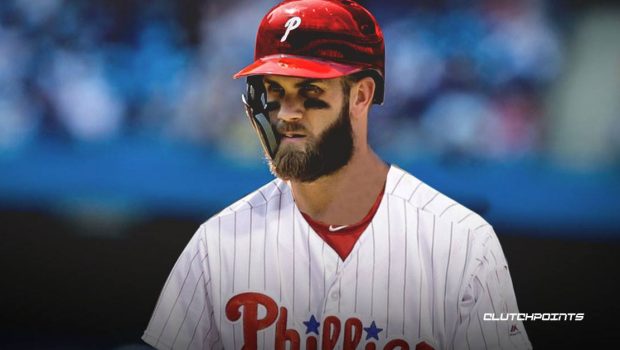 HERE ARE 7 REASONS BRYCE HARPER SHOULD SIGN WITH THE PHILS!

1. No better sports city than Philadelphia. In that way, Philly sells itself. Best of all, Harper knows this. More on that later.

3. Go ask any player who competed against the Phillies in that era, and they’ll tell you those players and fans fed off one another. Partly because of Jimmy Rollins, Chase Utley, etc., the Phils played with an edge and an anger.

4. In winning the 2008 World Series, the Phillies set off one of the wildest celebrations. When a city has had a moment like that, there’s a hunger for another one. You, Bryce, can be part of something magical.

5. Harper already knows this. He has been booed at Citizens Bank Park, and let’s face it, there are no boos quite as loud as Philly boos. Harper has also watched Phillies fans fill up Nationals Park, treating the place like it was theirs.

6. The Phillies have a history few other franchises can match. They played their first game under that name in 1890. Their greatest players — Mike Schmidt, Steve Carlton, Richie Ashburn, Robin Roberts — will live forever, passed from one generation to the next.

7. To be the face of the franchise for this next great generation of Phillies baseball is a unique opportunity, a chance to be part of the lore of Philadelphia the way Julius Erving, Nick Foles and Bobby Clarke have done in other sports: