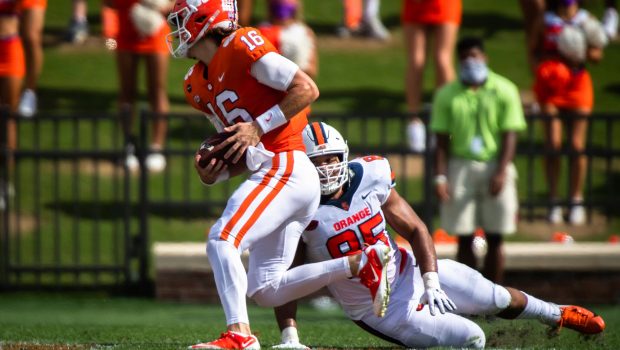 “Trevor has authorized us this evening to announce that he has tested positive for COVID-19 and is now in isolation,” Clemson coach Dabo Swinney said in a statement Thursday night. “He is doing well with mild symptoms but will not be available for this week’s game against Boston College.

“While we certainly will miss Trevor, this is an opportunity for other guys to step up and we’re excited about competing against a very good BC team on Saturday. Go Tigers.”

Lawrence released a statement on social media, saying his symptoms were mild and that “the only thing that hurts is missing an opportunity to be with my teammates this weekend and play the game I love.”

Lawrence is a front-runner for the Heisman Trophy, and he has not missed a game in three seasons at Clemson.