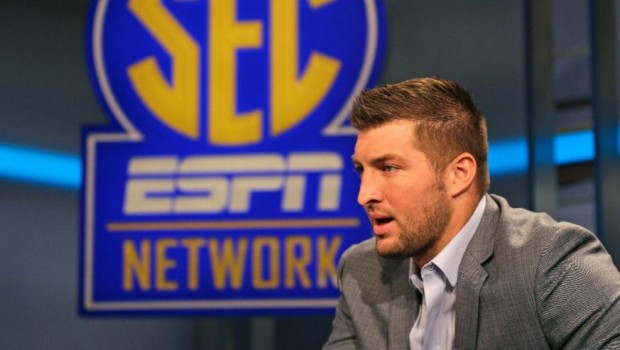 Tim Tebow didn’t even alert his employer, ESPN, that he was signing with the Eagles two days ago.

But the Worldwide Leader is making sure that Tebow, who developed a wide audience working on the SEC Network games, would be welcomed back with open arms.

Even though his signing with the Eagles was first reported by a competitor!

ESPN has released a statement saying there are only warm feelings toward Tebow, and he will be welcome to resume his broadcasting career after his football career is over.

“We appreciate Tim’s contributions to the launch of SEC Network [which ESPN co-ownes] and wish him all the best as he pursues his NFL dream. Tim quickly established a tremendous rapport with everyone he worked with in front of and behind the camera. He has a tireless work ethic and a unique passion for football. Tim developed quickly into an excellent analyst. He has a home at ESPN when his playing career is done,” ESPN said in a statement from vice president of programming and production John Wildhack.