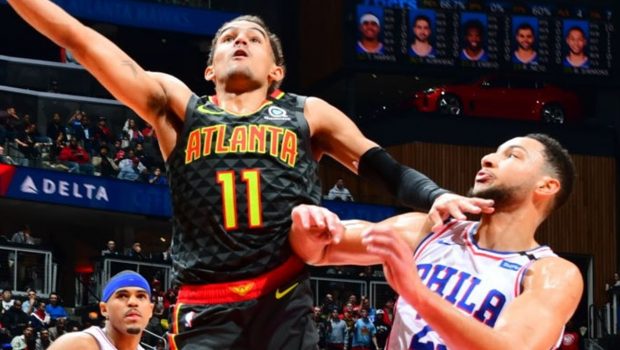 Young ranks third in the league with 29.4 points per game. He is second, behind the Lakers’ LeBron James, with 9.2 assists per game.

Young was dominant from the opening period, when he had 10 assists. After that, he was the focus of the 76ers’ defense.

The Sixers’ Tobias Harris said Young “is a tough cover.”

“Tonight he just carved us up,” Harris said. “He was their whole offense tonight.”

Young and Philly’s Joel Embiid, who had 21 points and 14 rebounds, are All-Star starters. Ben Simmons, added to the Eastern Conference team on Thursday as a reserve, scored 31 points.

John Collins had 17 points and 20 rebounds for Atlanta.

The 76ers, who began the night tied with Indiana for fifth place in the Eastern Conference, held their last lead at 21-20 against the Hawks, who are last in the conference.

Sixers coach Brett Brown called a timeout early in the final period after Young’s 3-pointer gave Atlanta a 106-94 lead. Apparently still unhappy with his team’s defense, Brown called another timeout about one minute later after Young’s floater pushed the lead to 14 points at 108-94, capping a 9-0 run.