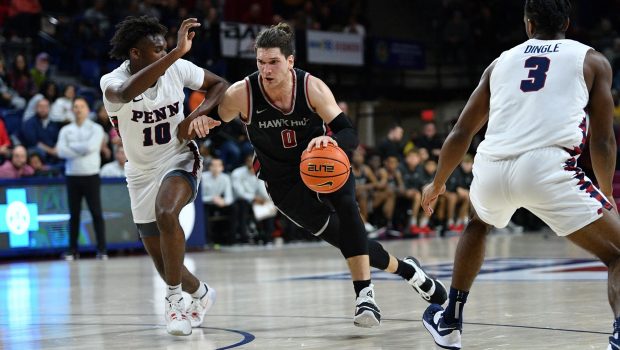 Reynolds added five assists for the Hawks (3-3). Kacper Klaczek scored 19 points while going 7 of 13 (4 for 8 from distance), and added nine rebounds and six assists. Lynn Greer III recorded 16 points and shot 6 of 16 from the field and 4 for 7 from the line.

Dingle’s basket with six seconds left in regulation sent the game into overtime tied at 74-all.