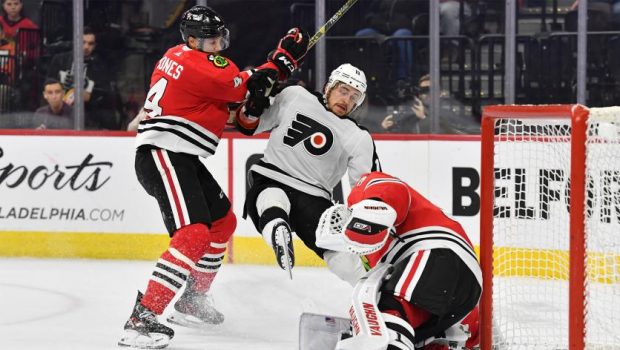 The Chicago Blackhawks won for the first time in the regular season in Phillly in more than 26 years with a 4-1 victory over the Flyers.

Chicago hadn’t won a regular-season game in Philadelphia since Nov. 9, 1996. The drought comes with a huge asterisk, though, as the Blackhawks won the Stanley Cup championship in 2010 in Game 6 in Philadelphia.

It was the fifth win in six games for the surging Blackhawks, who entered tied with Columbus for fewest points in the league.

“We’re just connected right now, playing some pretty good hockey together,” Chicago All-Star defenseman Seth Jones said. “I think we’re all on the same page when it comes to how we have to play at the moment and everyone’s buying in. So it’s been good.”

Philadelphia lost for just the third time in its last 11.

“Across the board, we looked flat,” Flyers coach John Tortorella said. “I don’t think we played with enough energy. You could tell from the start, it’s one of those games. I didn’t like much of it at all.”