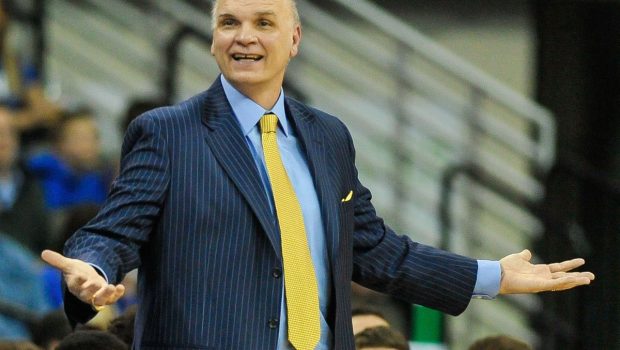 The Wolverines have a “firm offer” out to Martelli for an assistant coaching job, according to Mike Jensen of the Inky.

Martelli, 64, was the longtime head coach at Saint Joseph’s before his firing in March. In his 24-year tenure with the Hawks, Martelli compiled a 444-328 record with seven NCAA tournament appearances.

His best season came in 2003-04, when he led Saint Joseph’s to a No. 1 ranking, a No. 1 seed in the NCAA tournament and the Elite Eight. Martelli was named the Naismith Coach of the Year in 2004 and is a four-time Atlantic 10 Coach of the Year.

At Saint Joseph’s, Martelli had three players drafted in the first round of the NBA draft, including Jameer Nelson and Delonte West, both of whom played on the 2003-04 team that finished 30-2.

Howard, who was hired as head coach on May 22 after former coach John Beilein departed for the Cleveland Cavaliers, is in the process of building his coaching staff. Former assistant Luke Yaklich reportedly accepted an assistant coaching job with Texas late Tuesday night.