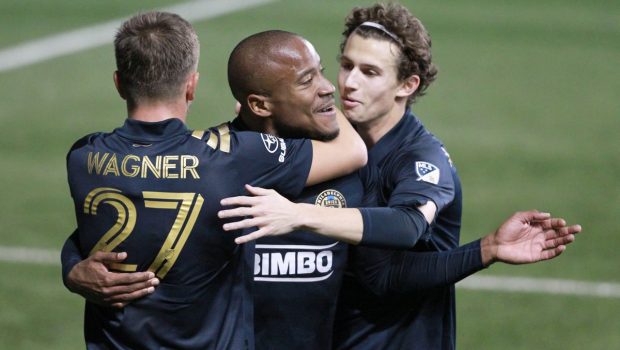 HATTY’S OFF TO SERGIO SANTOS AS UNION TIES FOR 1ST PLACE!

Sergio Santos scored three goals, and the Union beat Toronto FC 5-0 and moved into a first place tie in the Eastern Conference.

It was Toronto’s first defeat in 10 games.

Santos scored in the 27th, 63rd and 68th minutes. He entered with four goals on the season.

It was the fourth hat trick in Union history. C.J. Sapong was the last Philly player to accomplish the feat, against the New York Red Bulls in May 2017.