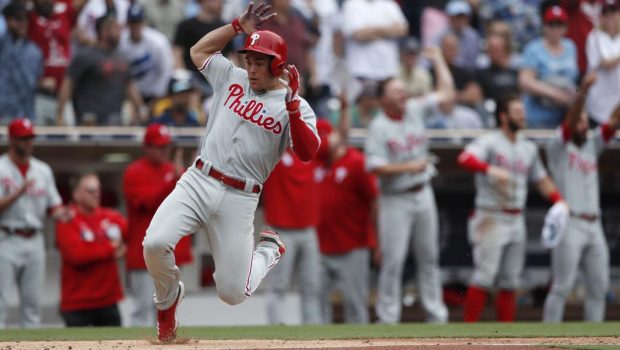 HASELEY IS PHILS CENTER FIELDER, BUT ROMAN QUINN IS LURKING!

If you have been listening to Phils GM Matt Klentak, the 2020 center fielder is set.

“I expect that Adam Haseley is going to be our regular center fielder,” Klentak said at the winter meetings in San Diego. “But having said that, I recognize that when Roman Quinn is healthy and playing to his potential, it’s hard to take him out of the lineup. I think that combination of players likely takes down the majority of our center field reps this year.”

Quinn, 26, has loads of talent, but he hasn’t stayed healthy for extended periods of time. In the second half of 2019, he hit .286/.366/.540 with four home runs, nine RBIs and five stolen bases in 72 plate appearances before straining his right groin in August.

If Odubel Herrera is with the team when camp opens in February, Klentak said that Herrera’s spot is far from guaranteed, despite making a guaranteed $7 million next season and $10 million in 2021.

“He’s getting paid,” Klentak said. “The best way I can answer that, and you may have heard me say this before, not specifically because of his suspension, but when he left the team in the spring, he was the everyday center fielder and what he’s coming back to now is a much different situation. … Anything that happens from here on out is going to be performance driven, and he has to earn whatever he’s going to get. His standing on our club is impacted by both how he performs, but also what happens around him. Some of this is within his control, and some of it is not.”