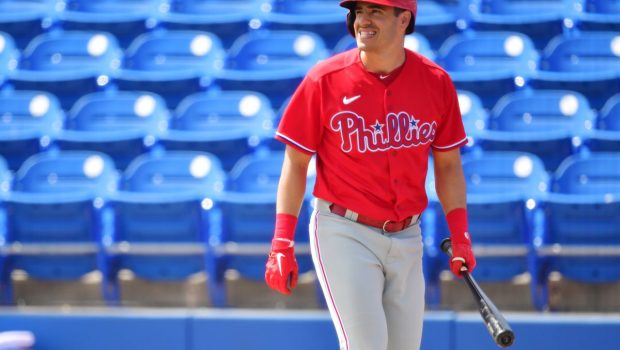 HASELEY OUT 4 WEEKS WITH A GROIN: PHILS CF BAKE-OFF CONTINUES!

Haseley had been in competition for the season-opening center field job.

With Haseley now likely to open the season on the injured list, the Phils will pick from a group of Scott Kingery, Roman Quinn, Mickey Moniak and non-roster invitee Odúbel Herrera in center.

Kingery has shown flashes as a super-utility type over the past three seasons but is coming off a .159/.228/.283 line in 2020. Even if he gets the majority of starts in center, it wouldn’t be a surprise to see him continue to get reps on the infield, where he’s played each of second, third and short rather extensively (although he played almost no shortstop in 2020).

Quinn hasn’t hit much at the big league level, often missing time due to injury, but he’s a generally well-regarded defender. He’s also out of minor-league options, meaning he needs to break camp with the team or be exposed to other clubs.