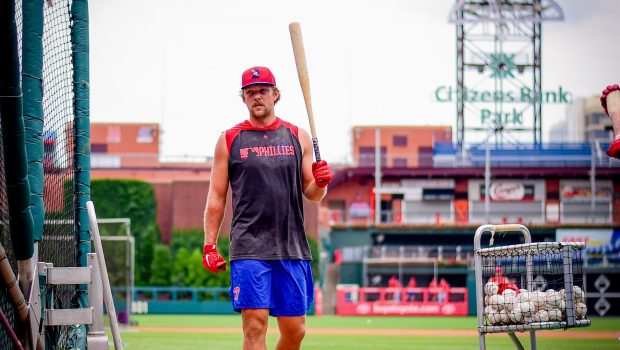 HAS PHILS RHYS HOSKINS BROKEN OUT OF HIS SLUMP JUST IN TIME?

The Phils Rhys Hoskins is still looking for his first home run, but he is batting .308 (8-for-26) with three doubles, four RBIs and an .861 OPS in his past seven games, as MLB.com has pointed out.

Maybe Hoskins’ recent play will lead to something.