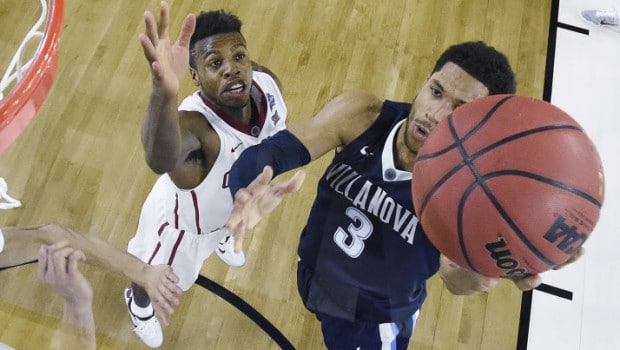 PRO AND CON: HART BACK AT VILLANOVA TO SHOOT FOR ANOTHER NATIONAL TITLE!

The heart of Villanova’s national championship Wildcats is returning fir his senior season.

Josh Hart has eschewed a chance to play in the NBA and will be back and try to get the defending national champion Wildcats back to the Final Four.

Hart, a 6-foot-5 guard who averaged 15.5 points and 6.8 rebounds last season, made the announcement on his Twitter account.

“I enjoyed the process and learned a lot,” Hart said. “It was definitely worthwhile. I look forward to graduating next year and coming back to play with my teammates.”

Hart’s return helps the Wildcats’ chances of returning to the Final Four next season. Villanova also brings back Kris Jenkins, who hit the winning shot to beat North Carolina in the title game, as well as starting guard Jalen Brunson and Phil Booth, who had 20 points off the bench in the win over the Tar Heels.