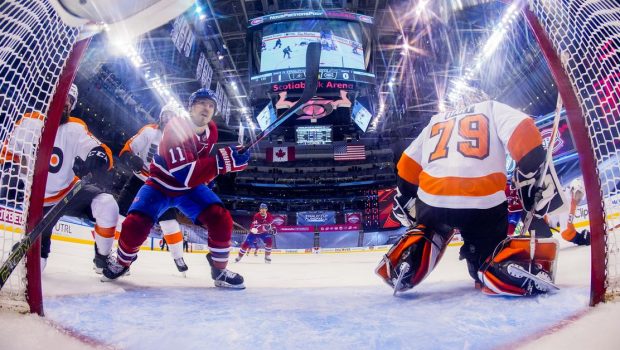 Carter Hart made 29 saves for his second straight shutout and the Flyers defeated the Montreal Canadiens 2-0 in Game 4 of the Eastern Conference first round.

The Flyers lead the best-of-7 series 3-1 and can win it in Game 5 in Toronto on Wednesday.

Hart is the first NHL goalie with consecutive postseason shutouts since Braden Holtby of the Washington Capitals in Games 6 and 7 of the 2018 Eastern Conference Final.

Michael Raffl and Philippe Myers scored for Philly, the No. 1 seed in the conference.

Carey Price made 20 saves for Montreal, the No. 8 seed.

Raffl gave the Flyers a 1-0 lead at 6:32 of the first period with a shot from the left circle that beat Price over his blocker.

Myers put Philly ahead 2-0 with 2:56 remaining in the second on a shot from the right side off the rush that bounced over Price’s right pad.