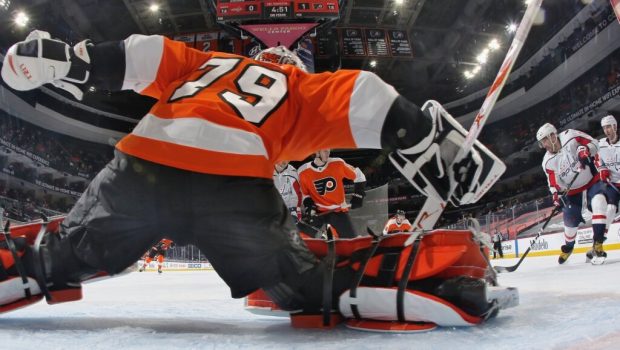 You just knew Flyers coach Alain Vigneault would be testy after he pulled goalie Carter Hart just in time for the Flyers to beat the Sabres.

So, coach, what the deal with your 22-year-old goalie?

“I replaced him because I didn’t think he had been good enough,” he said.

“I’m just trying to stop the puck, and right now I’m not. Plain and simple,” he admitted. “I just need to find a way to get back on track because I’m not playing well. I know it. Everyone knows it. It’s hard right now.”

“I just need to find more ways to stop pucks,” he continued. “Just go out and play. Not overthink things, and just trust my game. I don’t know, it’s just shitty right now. I don’t feel like myself, and I’ve got to find a way to get back to playing the game that I love and trusting the game that I’ve built.”

Has Hart lost his confidence?

“I believe he has to battle a little bit harder in goal at this time,” Vigneault said. “I’m confident that he will work with Kim (Dillabaugh, Flyers goalie coach) and he will try to get his game to where it needs to be so our team can have a chance in every game.”