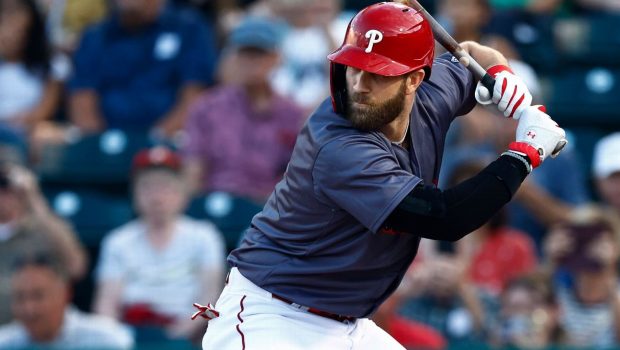 HARPER’S WALK-OFF DOUB FOR PIGS, SHOULD BE BACK FOR PHILS NOW!

Working his way back from a broken left thumb, Bryce Harper gave the Triple-A IronPigs a 6-5 win over the Gwinnett Stripers, thanks to a walk-off two-run double in the ninth inning.

On the night, Harper went 3 for 5 with two RIBs and a strikeout, serving as DH and hitting second.

Phils should move up his return to the bigs!

Phillies manager Rob Thomson said Harper returning this weekend against the Pirates remains a “possibility,” but that it will depend on how the former NL MVP feels.