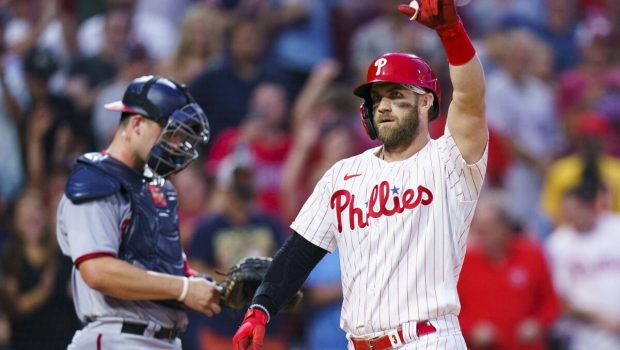 HARPER WILL START SWINGING A BAT BY END OF MARCH, DOMB SAYS!

Phillies president Dave Dombrowski said today on WIP that Bryce Harper should start swinging a bat by the end of March.

The timetable is shorter for position players compared to pitchers, but the Phillies still expect he’ll be sidelined until around the All-Star break.

He will return strictly as a designated hitter, with a timeline for a return to the outfield up in the air.