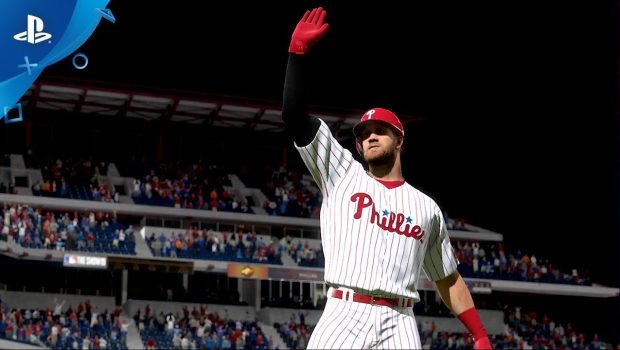 HARPER TO PHILLIES JUICING THE ACTION AT PHILLY SPORTSBOOKS!

The largest liability Philly casino sportsbooks face is on the 76ers winning the NBA title.

The second largest? Bryce Harper and the Phillies winning the World Series.

On Thursday, Harper reportedly agreed to a 13-year, $330 million deal with Philly.

Sportsbooks along the East Coast are moving odds and bracing for Harper’s arrival in anticipation of enhanced betting interest on the Phillies.

The Phillies’ World Series odds settled at 12-1, shortened from around 18-1 at most sportsbooks with the acquisition of Harper. In the first 18 hours after the news broke, nearly 80 percent of bets placed on the odds to win the World Series at FanDuel’s sportsbook in New Jersey were on the Phillies.

Only the New York Yankees had attracted more bets to win the World Series than the Phillies at FanDuel as of Friday morning. In contrast, the SuperBook at Westgate Las Vegas told ESPN that the Phillies were only in the middle of the pack in terms of World Series betting at their shop. It was a different story out East, something new Philadelphia bookmakers are becoming accustomed to from their homer clientele.

“That’s how this fan base is out here,” Parx Casino senior vice president interactive gaming and sports Matt Cullen said. “They bet with their hearts.”

During NFL season, Philly’s two casinos — SugarHouse and Parx — experienced the hometown fans’ brotherly love for betting on the Eagles. The first weekend the sportsbook at Parx Casino in Bensalem was open for business was wild-card weekend, when the Eagles upset the Chicago Bears.

“It was a rough opening weekend for us,” Cullen told ESPN.

Cullen added that following weekend, when the Eagles took on the New Orleans Saints, would have been even more costly for the book. Seventy percent of the money wagered on Eagles-Saints was on underdog Philly, according to Cullen.

“I got to tell you, though, when the Eagles were driving late [against the Saints], I thought they were going to win and we were done,” Cullen said. “It was substantial.”

Now, the books head into a baseball season with an energized local fan base ready to back Harper and the Phillies. Their predicted season win total has increased from 85.5 to 88.5 since the signing, and Parx also reported a flurry of bets on the Phillies to win the World Series on Friday morning.

“We expect that to continue,” Cullen said.

The Yankees, defending champion Boston Red Sox and Houston Astros are consensus co-favorites to win the World Series at most sportsbooks.