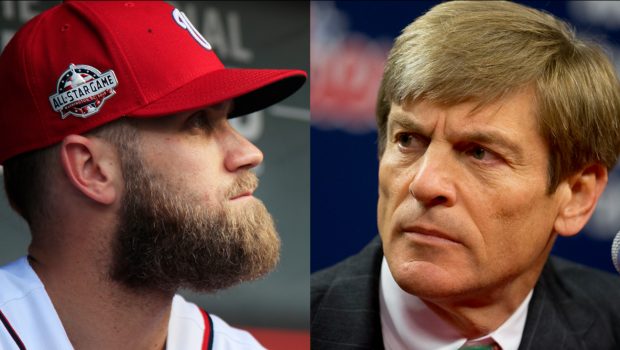 In the meetings that led to him becoming the highest-paid athlete in the history of team sports, Bryce Harper kept coming back to one word: family.

The protracted, bordering-on-interminable nature of his near-four-month-long free-agent odyssey never changed that. He knew what he was worth. He knew the teams courting him knew, too. He wanted to be paid, sure, but he also wanted to feel like his next team shared a shatterproof commitment.

So when Phillies owner John Middleton took his private jet from Florida to Las Vegas a week ago, he wasn’t alone. Accompanying Middleton was his wife, Leigh. They wanted to show Harper and his wife, Kayla, that family mattered to them as well — that they would compound years and dollars with actions that spoke to what he sought.

That alone didn’t convince Harper to agree to a massive 13-year, $330 million deal with the Phillies on Thursday.

It did inform other elements of the contract, namely the lack of an opt-out clause and presence of a full no-trade clause. While opt-outs were discussed during the negotiations, Harper, in the end, said he didn’t want one.

If he was going to convince others to join him chasing championships in Philadelphia, players needed to know he wasn’t going anywhere.