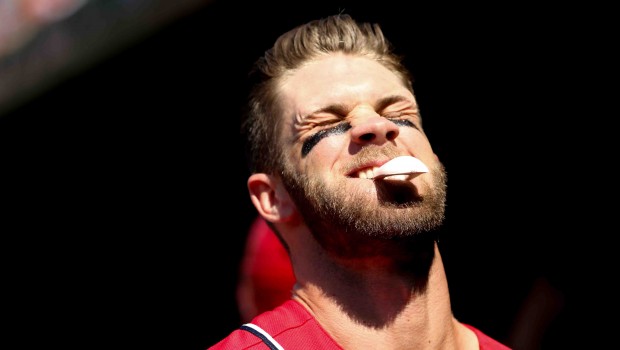 The Phillies’ Cole Hamels pitched a perfect game against Bryce Harper on Saturday, and yesterday the Nationals’ superstar got revenge.

Harper gave the Nationals a 2-1 lead with a run-scoring groundout in the fifth inning and added an RBI single in the seventh. In addition to moving into the NL lead with 41 RBIs, he also increased his league-leading totals in walks (39) and runs (39).

The 22-year-old Harper also threw out a runner from right field on a force play at second base.

Gonzalez (4-2) allowed one run and seven hits in 6 1-3 innings to win his third straight decision. It was his 46th victory with Washington, tied with Stephen Strasburg for second in Nationals history behind Jordan Zimmermann (60).

Drew Storen, the fifth Washington pitcher, worked the ninth for his 14th save.