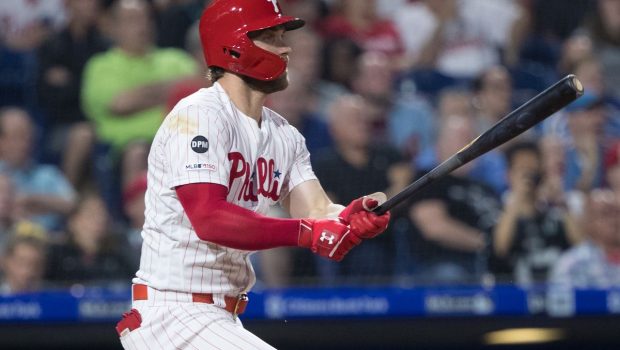 HARPER CHOSE PHILS OVER DODGERS, WHO ARE DOING JUST FINE!

When the Dodgers courted Bryce Harper this spring, they spoke to him about the possibility of him playing left field for them.

Harper went on to sign a $330-million contract with the Phillies. The Dodgers stayed with Joc Pederson in left field.

Harper was 0 for 4 in the Dodgers’ 6-3 victory over the Phillies. He remained stuck with 10 home runs to go with a .248 average, which is 26 points lower than Pederson’s.

Harper will earn $30 million this season. Pederson will make $5 million.

The early results indicate the Dodgers made the right call in exercising restraint in their pursuit of Harper, but, well, it’s still early. A little more than a third of the season has been played. Harper’s contract is for 13 years. There’s still plenty of time to render a verdict: