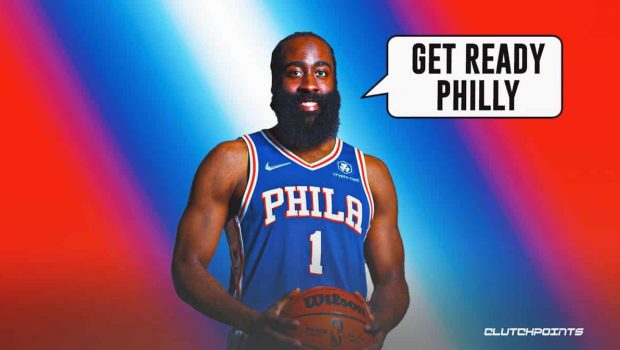 HARDEN’S SIXERS DEBUT TONIGHT COMPARES ONLY TO WILT’S IN 1965!

The James Harden era as a 76er officially begins tonight in Minnesota against the Wolves.

The only other trade deadline deal of high significance that is comparable was when Sixers legend Wilt Chamberlain was dealt in 1965 in a trade with the San Francisco Warriors. Wilt led the 76ers to a 111-102 victory in his first game, pulling down 29 rebounds and scoring 22 points in a 111-102 win over his old team.

That’s what superstars do — they produce.

Harden’s 1st game should be no different.

He joins Joel Embiid and Tobias Harris, and the Sixers will have a potent 1-2-3 punch they will need to compete for the NBA title.

It begins tonight with 24 games remaining to possibly grab the #1 seed in the Eastern Conference for the second consecutive year, let’s go!