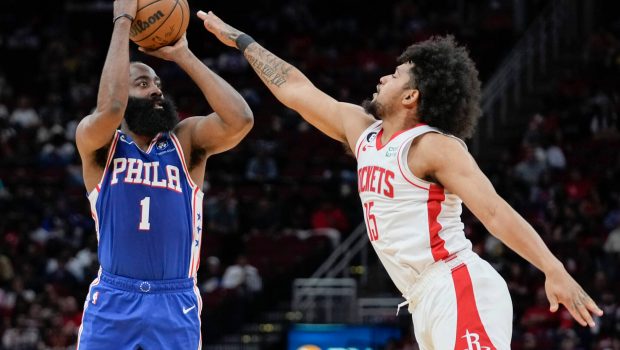 HARDEN’S BACK, AND SIXERS WERE BETTER OFF WITHOUT HIM!

James Harden struggled in his return to the Sixers, finishing with 21 points (4-for-19 FGs), four rebounds, seven assists, two steals, four triples and seven turnovers in 38 minutes in a 132-123 loss in double overtime to Houston.

After missing 14 games, Harden returned in Houston, where he spent a decade as their franchise player.

He missed all of his attempts from inside the 3-point line. He took a stepback triple to try and win it in regulation, but Kevin Porter Jr. blocked it. He had a couple turnovers late in the fourth quarter and overtime that were inexcusable.