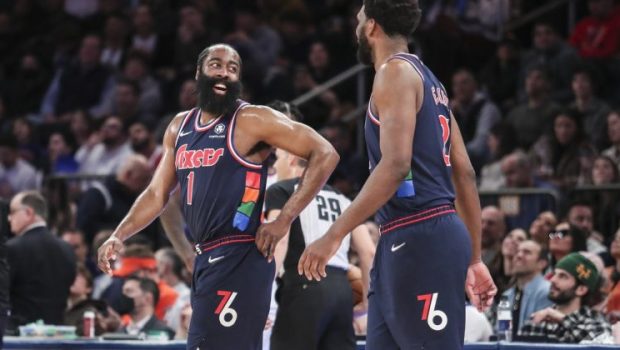 Shams Charania, who’s never wrong, is reporting that James Harden will re-sign with the Sixers on a two-year deal with a player option in the second season.

The deal represents a $15 million pay cut from the $47.3 million max salary he could have earned on his player option for this season.

Harden arrived in Philly at the trade deadline in a blockbuster deal with the Brooklyn Nets for Ben Simmons, Seth Curry, Andre Drummond and draft picks.

It’s a rare and selfless move by one of the great scorers the game has seen, and his sole focus remains making a championship run in 2023.

Everyone around Harden has also been made aware of the focus on his workout regimen this offseason, said Shams, and he even returned to the gym sooner than prior offseasons.

Sources: James Harden is taking a $15 million paycut for next season that allowed Philadelphia to elevate roster — with sole focus on a championship run in 2023. Harden opted out of his $47M player option and now plans to sign a new two-year deal with a player option in Year 2.