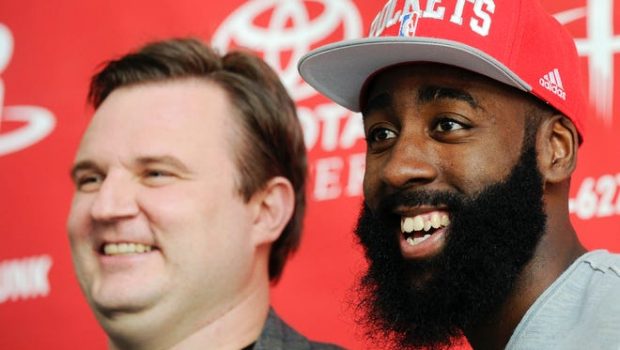 MOREY OBSESSED WITH HARDEN, MAY KEEP SIMMONS TIL SUMMER!

The Athletic is reporting that the Sixers quest to dump crybaby Ben Simmons may be taking a back seat to big boss Daryl Morey’s obsession with James Harden:

The NBA trade deadline just over two weeks away — Feb. 10 — and rival teams interested in Simmons believe Morey has his sights set on a bigger target in the summertime: Brooklyn Nets star James Harden.

The 76ers continue to engage in trade talks around Simmons, who requested a trade and informed the franchise in October that he is not mentally ready to play again for the franchise and needs professional help for his mental health.

But multiple sources, including people with direct knowledge of the team’s thinking and also from rival teams involved on the Simmons front, tell The Athletic that the 76ers are believed to prefer to wait in order to pursue Harden or another superstar in the offseason and thus want to save Simmons for that potential sign-and-trade rather than take what’s available on the current market.

76ers prefer to wait to pursue James Harden or another superstar in offseason and want to save Ben Simmons for that potential deal over current market, per sources with knowledge and rival teams.

Details and Simmons latest with @sam_amick at @TheAthletic: https://t.co/kQl6DBhUZf