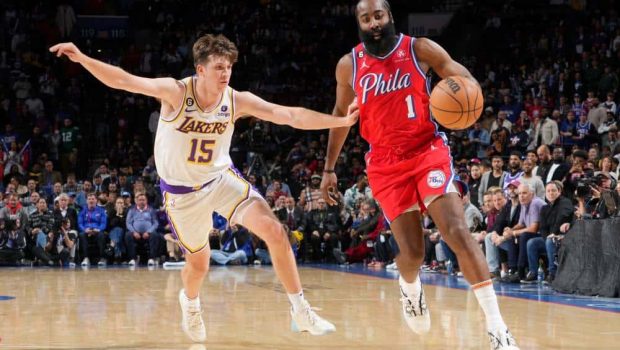 James Harden stepped up for 28 points (9-for-19 FGs), four rebounds, 12 assists, two steals, one block, three triples and five turnovers in 47 minutes in an overtime win over the Lakers.

Harden scored nine of the Sixers 13 points in overtime. His first two games back after a month-long absence have both gone to overtime, which means he’s played a lot more minutes than they intended.