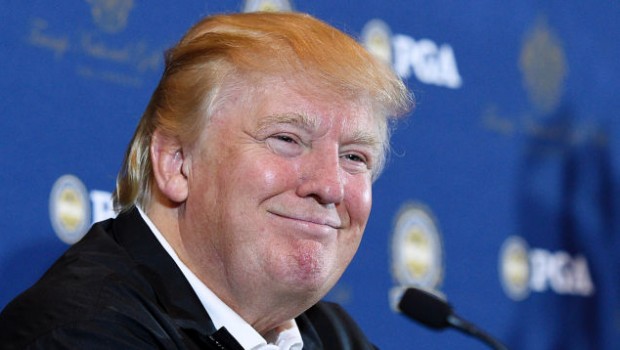 NASCAR yesterday cut ties with the Republican billionaire presidential candidate, who has doubled down on racist remarks that called Mexican immigrants “rapists.”

On the same day one of its top sponsors called on NASCAR to take a stance against Trump, the motor sports series said it will not hold its season-ending awards ceremony at the Trump National Doral Miami.

“We looked at everything we saw coming down and what we heard from our sponsors and our partners and what we feel we should be doing, and that’s what led us to the decision today,” NASCAR spokesman David Higdon said Friday at Daytona International Speedway.

A message seeking comment from Trump left by The Associated Press was not immediately returned.

“When Mexico sends its people, they’re not sending their best,” Trump said at the announcement of his candidacy. “They’re bringing drugs. They’re bringing crime. They’re rapists. And some, I assume, are good people.”

In appearances since, Trump has stood by his statements.

Higdon was responding to a letter released by Camping World CEO Marcus Lemonis, whose company is the title sponsor of NASCAR’s Truck Series.

Lemonis made it clear he would not attend or participate in the awards ceremony if it were held at a Trump property. The ceremony was held at Doral last year.

The letter read, in part:

“My company … has enjoyed a long running relationship with NASCAR as I believe the vision of our companies both embody family, respect, unity, comradery and diversity. These sentiments are at the core of what our country stands for and will continue to embrace. … Due to recent and ongoing blatantly bigoted and racist comments from Donald Trump in regards to immigrants of the United States, I would like to inform you that I will not, nor will any representative of Camping World, participate or attend in the ceremonial event if it is held at any Trump property.

“Our company will not stand to support any person or organization that associates with such beliefs and we feel strongly about distancing ourselves from any negative and discriminatory comments made against any gender, ethnicity, age group or so forth. I would hope that the entire NASCAR organization would agree with my sentiments.”

NASCAR and Camping World are the latest to distance themselves from Trump following his inflammatory statements regarding immigrants from Mexico.

NBC, which is one of NASCAR’s television broadcast partners, parted ways with Trump earlier this week, joining Macy’s and other companies that had been doing business with Trump. Celebrities, too, are cutting ties.

But the LPGA, USGA, PGA Tour and PGA of America — all of which have awarded tournaments to Trump’s golf courses — issued only a weak statement that they didn’t share Trump’s views.