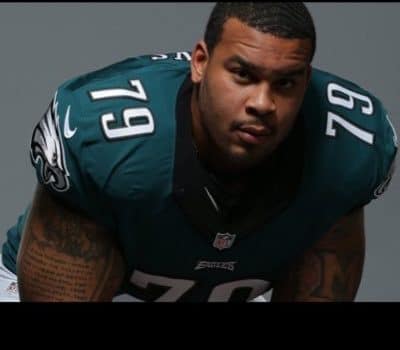 The Eagles signed Brooks to a five year, $40 million deal back in March.

The struggles at offensive guard last season for the Eagles was evident. The team lost two starters at the position, prior to the 2015 season.

Gardner found himself on the team’s injured reserve after the Eagles week 3 victory versus the New York Jets. Matt Tobin replaced him in the starting lineup. Tobin’s play was downright dreadful, while Barbre didn’t play much better.

Tobin surrendered eight sacks, 11 quarterback hits, and 31 hurries in 13 starts for the Eagles in 2015. Gardner wasn’t off to a much better start either, giving up a sack and three hurries in only 119 snaps.

Barbre was a starter for the first time in his eight year career. He started all 16 games for the Eagles in 2015. Barbre only gave up one sack, but allowed 29 hurries. Barbre finds himself competing with the team’s 2016 3rd round pick, Isaac Seumalo, for the starting left guard spot.

Brooks is a tremendous upgrade for the Eagles at right guard. He’s only surrendered four sacks and 61 hurries while only being in the NFL for four seasons.

Eagles new head coach, Doug Pederson, explained why he liked Brooks and wanted him on his team.

“He’s a big, strong, athletic, road grader-type, nasty mentality and demeanor,” Pederson said, when asked what he likes about Brooks.