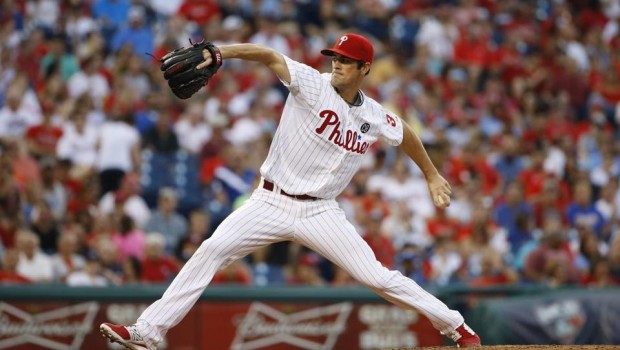 According to the Boston Globe, it makes perfect sense for the Red Sox to pursue the Phillies lefthander. They have been scouting him. Why? His contract is precisely the contract the Sox want for a No. 1 pitcher. It has four years remaining at about $90 million.

Such a move would be geared mostly for next season. The issue for the Sox would be giving up prospects.

Hamels is Philly’s most tradeable commodity. They would have to score huge to make a deal. The Phillies have been scouting Boston heavily all season. At one point they had their top people at seven of eight Sox series. And now the Phillies are scouting Boston’s farm system.

The Phillies would have to get three top young players to even think about a Hamels deal. Otherwise, they will likely build around him.

A play for Hamels could improve the Red Sox’ leverage with Jon Lester, to whom they made an opening proposal of four years at $70 million.