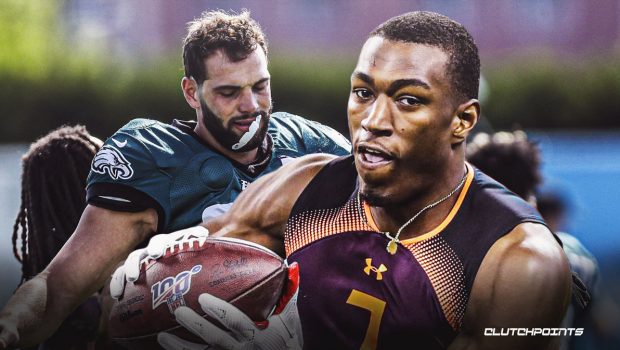 The Eagles have signed Hakeem Butler off of Carolina’s practice squad and placed tight end Dallas Goedert on Injured Reserve.

Butler already had some trouble finding his footing as a receiver in the NF, having been taken in the fourth round of the 2019 NFL Draft by the Arizona Cardinals before spending the entire year on IR with a broken hand.

Goedert’s injury has seemingly spurred the Eagles to roll the dice on utilizing his skill set as a pass-catcher in their two tight-end system alongside Zach Ertz.

Butler appears to be well-equipped for such a transition at 6-5, 224 pounds. The 4.48-second 40-yard dash he ran at the NFL Scouting Combine last year indicates he could prove to be a matchup nightmare for opposing defenders.

Of course, it is going to take some time to get Butler acquainted with the offense which means the onus will fall on Ertz to pick up the slack in Goedert’s absence.